Lying about the Body (Part 1) 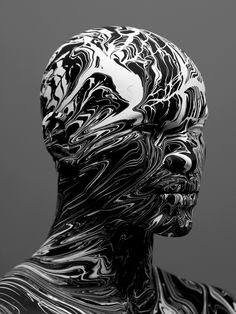 Those who insist that there is a scriptural precedent for holding to the terms "white" and "black" must prove that they and their genealogical line have no "profane" blood lines, and they must show who is who among all of their friends and family. If they cannot, then they are perpetuating a lie as truth.

These myths rely on vast assumptions based on the appearance of people, and the racial ambiguity of what humanity has become does not support their stance with any reliable evidence. They preach and adhere to a racial dogma that has nothing to do with God, and is mere tradition and propaganda.

The insistence on not only their own "whiteness" but also that of their greater "Caucasian" community is an unproven abstraction that makes so many assumptions about who is "pure". Even if there was a pure race, where would it currently reside? Great Britain? Sweden? Norway? The Holland? Germany?

Just admit the truth: You have no idea. You don't know what the qualifications actually are, and you simply favor brighter skin over dark as a participant in the greater, multi-generational tradition of the country you live in. But what you have in your mind is a gigantic cultural myth that must ignore history to take comfort in its own prejudices. On some level, pride has shaped your ideas of what you are. Xenophobia has colored your reading of scripture. But the idea of a pure, white race is backed up by nothing.

Interracial marriage and mulatto inter-marriage in this continent and in Europe is now several generations old. Many with mixed heritage have passed into American Caucasian circles because of their appearance, and passed their progeny into many families that count themselves as "white". Those with Spanish, Greek, or Italian heritage have a likelihood of having African blood via the Moors (who ruled southern Europe for 500 years) and that heritage was passed on to Latin America. Many American "whites" also claim to have some indigenous lineage several generations hence from some noble tribes, like the Cherokee. But most of you simply have little proof at all of what your genetic makeup actually is.

What hasn't changed is the Lord's sacred insistence about the body. Was he only talking about fairer skin? No. Did he say that some temple bodies are above others because of skin color? No.

The people of the Book of Mormon and other scriptures were products of their time. They prophesied through their own cultural lens, and any inference to "white" or "black" regarding skin color is either metaphorical or representative of their own prejudices.


5 Behold, the Lamanites your brethren, whom ye hate because of their filthiness and the cursing which hath come upon their skins, are more righteous than you; for they have not forgotten the commandment of the Lord, which was given unto our father—that they should have save it were one wife, and concubines they should have none, and there should not be whoredoms committed among them.

If they chose to not inter-marry to keep their race "pure", then they operated within their own myths. Not a single one of them was "white", either. Furthermore, God does not claim to be white, and he does not identify such a race in scripture.

This is addiction we are talking about. And the narcotic is a social one: Us vs. Them.

I'm going off that drug, going cold turkey. There is no lie that can serve the temple body, nor one that dignifies the Body of Christ.