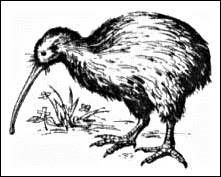 This blog post from New Zealander Gina Colvin describes eloquently the difference between the Christian church of Mormonism that strives to follow Jesus and the machinations of the corporate parasite that is devoted to hierarchy and institutional policy. My favorite section comes at the end:

"So I’m asking my snipers to put your guns down and lets call a truce. Let’s lay our cards on the table and start talking to each other.  Let me start – I’m a servant and a loyalist of the People’s Church; the Saint’s Church not the Corporate or the Leader’s Church and I have absolutely no guilt about that – not a shred.  Could you please explain to me how that’s a sin?  If I can see the spiritual efficacy of your argument I’ll change – that’s my promise

And let me say this also – I’m not alone. Daily – hundreds and thousands of people are paying a new kind of attention to the machinations of the Corporate Church – because something doesn’t feel right. Something is malfunctioning, something is off and this dis-ease is shooting through the church at pace.

You can scramble and scrape and bark orders all you want to clean up and kick out – but this mounting, convulsive outrage will continue until something transcendent happens to arrest this. Until we get back to good faith, love and spiritual generosity with each other we’ll stay on opposite sides of the fence – and I’ve read the Book of Mormon enough to know how that eventually goes."


Are we willing to entertain the question of what makes an active, loyal member of the largest Mormon sect arrive at dissent such as this? She is comparing the corporate church to a machine, essentially admitting the same thing that Elder Christofferson alluded to on November 5th remarking on the policy update regarding children of same-sex marriage. These two agree philosophically on what the church has become, but disagree on the rightness of it.

How can this be? How can two different Mormons react differently to this engine? If you read her blog post, it would appear that she has given much work and presence to Mormonism. Relative to her time in the church, she has worked as hard and given as much of herself as Christofferson has to the Gospel of Jesus Christ. Yet, he is fine with accommodating the cybernetic implants that have been fitted to the bride of Christ while Mrs. Colvin is not okay with these machinations.

Is it crass for me to ask if the difference between them relates to pay scale? Mrs. Colvin pays tithing and speaks lovingly of a spiritual Church that is located in "people". Elder Christofferson, by contrast, is exempt from tithing and is given an undisclosed stipend for his efforts. His word of choice for the Church (critiqued here) is "triggers", and he appears to be perfectly fine with the division caused by institutional policy:

"When, for example, there is the formal blessing and naming of a child in the Church, which happens when a child has parents who are members of the Church, it triggers a lot of things. First, a membership record for them. It triggers the assignment of visiting and home teachers. It triggers an expectation that they will be in Primary and the other Church organizations. And that is likely not going to be an appropriate thing in the home setting, in the family setting where they're living as children where their parents are a same-sex couple."

There seems to be two masters here. Scriptures that contain doctrine vs. handbooks that contain policy. If there is not in fact two masters, then what is it that accounts for these similar assessments and differing conclusions? I am open to explanations.
Posted by Senex at 12:32 PM