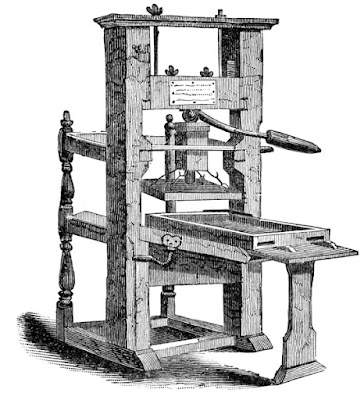 "Because of the West's geographic richness and diversity, for some states the story begins with the economic draw of metals, timber, open range, or farmland. For what is now Utah the initial attraction was isolation-sky-broad emptiness and wind-strewn silence. The state's settlement began in July 1847 with the arrival of displaced Yankees in the self-styled Pioneer Company. Barely two years later, with a sizable part of the population still living out of canvas-topped wagons, residents petitioned for the civilizing status of US statehood. Though it was one of the earliest trans-Mississippi territories to be established, and despite the subsequent admission of almost a dozen of its fellow territories, Utah was not granted statehood for almost fifty years. The reason, agreed upon by both sides though from entirely opposite perspectives, was religion. Five times before 1896 Utah's electoral majority tried hard to make its overwhelming cultural hegemony appear to be an American liberal democracy."

"Far and away the most successful counterclaimant to apostolic leadership was James J. Strang, a Wisconsin convert with merely four months' tenure as a member of the church and almost absolute anonymity at the time of Smith's murder. But Strang was consumed by a hunger for worldly reputation and possessed an innate talent for promotion. Through 1845 while the apostles labored to gather the scattered saints to Nauvoo, keep mobs at bay, plan the evacuation of the city, lay in food stores, and decide just where it was they were going, and through 1846 as the Nauvoo saints vacated homes to move across the frozen Mississippi River and Iowa mud, James Strang was busy initiating a publishing campaign of pamphlets and a weekly newspaper to announce and build upon his claim as Smith's successor (10).

The apostles realized how vulnerable congregations would be without an authoritative source of news. One plan for westward movement called for the pioneering company to take with them a printing press, one of the two presses from the Times and Seasons plant. That plan lasted merely a week. The city's established news-and-book printing office had to be abandoned as the saints began hastily leaving Nauvoo in February 1846. Still, the printing office was almost the last of the city's institutions to be closed down. Its closure stanched the outward flow of print-disseminated news, encouragement, and instructions from the church's newspaper and broadside proclamations. For three years after the city's evacuation the dearth of printed communications from the apostolic leaders (1846-48) proved to be an expensive lesson in social cohesion. The apostles struggled mightily to maintain connections to scattered congregations with correspondence and rare visits from missionaries but could not personally contact every branch of the church. Keenly aware of the importance of communication, in September 1846 Brigham Young wrote the Nauvoo Trustees asking them to send him at Winter Quarters the two presses from the newspaper office and other supplies:

We wish you to send us the two printing presses, all the type, brass rule and fixtures belonging thereto… and all the plates and fixtures of the stereotype foundry and screw tools of the bindery [probably a job backer], ink, paper, etc. etc. etc.-everything that may be useful and cannot readily be furnished by the labor in the wildernes, with as little delay as possible, either by the team going from here or such as you shall furnish (11).

Primarily because a capital outlay was necessary to move the equipment, it never happened through all of 1846, 1847, and into 1848. Young might as well have asked them to ship the Nauvoo Temple. Despite their positions as receivers, the trustees had no resources. The central body of Mormonism lacked both a printing press of its own and cash to have the printing done. The apostles, frantically trying to gather a dispersed membership, were unable to distribute the call effectively.

In the communicative vacuum that followed, Strang (and others) successfully stepped into the breach. Most used the extended social reach that printing gave them to propagandize, attracting the allegiance of church members from isolated congregations and even invading the Mormon core. Strang's weekly newspaper (the Voree Herald and later Gospel Herald) and active pamphleteering broadcast a competing summons and heralded an organization that , despite his anonymity, eventually drew several hundred church members and a few thousand new converts to his Wisconsin (later Michigan) kingdom. That Strang's publishing made inroads into church membership was a point not at all missed by the apostles. The greatest number of Strang's "Old Mormon" converts were gleaned out of the Midwest from isolated Latter-day Saint congregations, those that had not gathered with the saints to Nauvoo and would not choose to make the trek west. The attention Strang's press generated among the scattered Mormon flock thumbed a proverbial nose at the apostles' solid claims to ordained authority, underscoring their inability to communicate meaningfully with the saints (12). In the midst of the Mormon flight westward, Strang's success confirmed the importance of reestablishing the fleeing saints' own press as quickly as possible. With that they could again broadcast their word. But in the pinched face of general privation after the evacuation of Nauvoo, simple human survival became the paramount interest of both church leaders and members generally."

12. An entirely different picture existed elsewhere. The Latter-Day Saint press in Britain remained healthy and active, for example. Not only was it easily able to counter schism, but the number of converts continued to grow. See Peter Crawley, Descriptive Bibliography of the Mormon Church, Vol. 1, 1830-1847 (Provo, Utah: Brigham Young Univ. Religious Studies Center, 1998)(successive volumes will carry the catalog history through 1857).
Posted by Senex at 6:59 PM