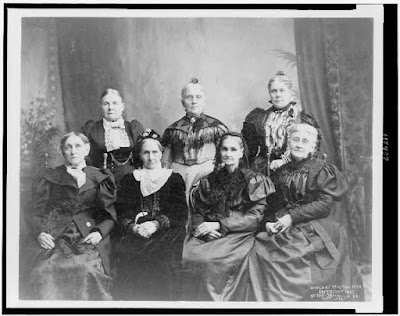 Today's drive-by-Mormon-history is from Zion In The Courts by Edwin Firmage & Richard Mangrum, pp. 129-30:

"Polygamy provided a clear rallying point for anti-Mormon forces. It was a practice so abhorrent to most nineteenth-century Americans that sophisticated constitutional arguments were not required to justify its eradication. "The traditional family was seen as the basis of civilization, and a domestic role for women was considered essential to the stability of the marriage.," observe two scholars of polygamy legislation. "These were the propositions which underlay the nineteenth-century hostility to modification of women's roles" (Weisbrod and Sheingorn, 830). Typical of this attitude are the views of one representative expressed during debate on the first anti-polygamy legislation:

"The existence of such an institution as prevails in Utah, under the protection of the laws of the United States, is an outrage upon the moral feelings of our whole population. It is, as I conceive, an insult to our own wives and our own daughters, , and the wives and daughters of our constituents" (Congressional Globe, 1860, 194). But the nation's leaders were not merely troubled by the Mormon's peculiar marriage practices. Washington was also troubled by Mormon society, in particular its isolation from non-Mormon America, the Church's domination of Utah politics, and Mormon economic power (Arrington, 1958, 356). What began as a campaign against polygamy eventually became a war against all who professed to be Mormons, a war intended to break the secular power of the Mormon church and force it into conformity with mainstream America.

For the Mormons the cost of the war against polygamy was high. Over a thousand Mormons were convicted of practicing polygamy (Arrington, 1958, 359). Mormon women were jailed for refusing to testfy against their husbands. Polygamous families were left fatherless, as Mormon men either went into hiding or obeyed federal law and abandoned wives and children. Federal spies tracking down polygamists disrupted Mormon communities and invaded the privacy of Mormon homes. On a larger scale, the role of the Mormon church as a guiding force in all aspects of Mormon life was destroyed. The church that Washington permitted to survive was shorn of its secular powers, and church experimentation with novel forms of social organization such as the United Order were abandoned. For better or worse, thenceforth the civil and religious powers in Utah were clearly separated, and Mormons became by and large indistinguishable from other Americans.

America also paid a price. The image of judicial impartiality was tarnished by the active roleUtah's judges assumed in the war against the Mormons. In the hysteria of anti-polygamy sentiment, the Supreme Court defined the scope of constitutionally protected religious activity in a narrow and distorted fashion. Thus, in deciding whether polygamy was protected by the Constitution, America defined in general terms the extent to which religious practices could stand against the claims of the state.

Finally, there was a moral cost. Imposing conformity on a group of sincerely dedicated dissenters almost inevitably requires a level of force that debases the oppressor. In a sorry cycle, resistance breeds repression that calls forth yet more resistance and yet more savage repression. In the case of polygamy, it may be questioned whether the prize was worth the price."
Posted by Senex at 11:03 AM