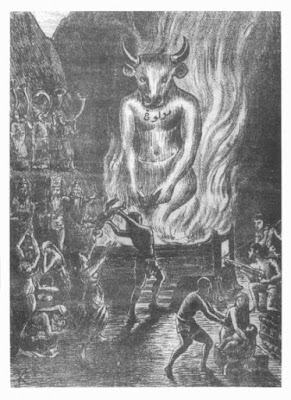 Elder Christofferson: To some degree it came from questions that have surfaced in different parts of the world and the United States. With the Supreme Court’s decision in the United States, there was a need for a distinction to be made between what may be legal and what may be law of the Church and the law of the Lord and how we respond to that. So it’s a matter of being clear; it’s a matter of understanding right and wrong; it’s a matter of a firm policy that doesn’t allow for question or doubt. We think it’s possible and mandatory, incumbent upon us as disciples of the Lord Jesus Christ, to yield no ground in the matter of love and sympathy and help and brotherhood and serving in doing all we can for anybody; at the same time maintaining the standards He maintained. That was the Savior’s pattern. He always was firm in what was right and wrong. He never excused or winked at sin. He never redefined it. He never changed His mind. It was what it was and is what it is and that’s where we are, but His compassion, of course, was unexcelled and His desire and willingness and proactive efforts to minister, to heal, to bless, to lift and to bring people toward the path that leads to happiness never ceased. That’s where we are. We’re not going to stop that. We’re not going to yield on our efforts to help people find what brings happiness, but we know sin does not. And so we’re going to stand firm there because we don’t want to mislead people. There’s no kindness in misdirecting people and leading them into any misunderstanding about what is true, what is right, what is wrong, what leads to Christ and what leads away from Christ.

Michael Otterson: Why are the children of these same-sex partners an issue here?

Elder Christofferson: Well, in answering or responding to your question, let me say I speak not only as an apostle in the Church, but as a husband, as a father and as a grandfather. And like others in those more enduring callings, I have a sense of compassion and sympathy and tender feelings that they do. So this policy originates out of that compassion. It originates from a desire to protect children in their innocence and in their minority years. When, for example, there is the formal blessing and naming of a child in the Church, which happens when a child has parents who are members of the Church, it triggers a lot of things. First, a membership record for them. It triggers the assignment of visiting and home teachers. It triggers an expectation that they will be in Primary and the other Church organizations. And that is likely not going to be an appropriate thing in the home setting, in the family setting where they're living as children where their parents are a same-sex couple. We don't want there to be the conflicts that that would engender. We don't want the child to have to deal with issues that might arise where the parents feel one way and the expectations of the Church are very different. And so with the other ordinances on through baptism and so on, there's time for that if, when a child reaches majority, he or she feels like that's what they want and they can make an informed and conscious decision about that. Nothing is lost to them in the end if that's the direction they want to go. In the meantime, they're not placed in a position where there will be difficulties, challenges, conflicts that can injure their development in very tender years.
The situation with polygamist families, for example, and same-sex marriage couples and families really has a parallel. For generations we've had these same kinds of policies that relate to children in polygamist families that we wouldn't go forward with these ordinances while they're in that circumstance and before they reach their majority. That's the same sort of situation we're dealing with here, so it's something we have had a history with. It's a practice that really is analogous that's been the case over many generations.


So a religious culture that cannot even prevent the subtle abuses and inequalities between adults will foist upon children the awful burden of not technically belonging to your club when they are not emotionally intelligent enough to negotiate the accompanying social abuse that such a division will entail.

If you think Jesus was about policy, I don't think you understand his pattern at all. He commanded you to love as he loved. He was not afraid of people questioning or doubting. He did not command you to deny anyone worthy who seeks baptism. Even you cannot deny that these children are worthy of baptism.

Surely you are familiar with Section 38:

Robes and rags, and you insist that you are "just". And all of your sycophants bear robotic testimony because they cannot even begin to reason in light of Christ's words. In fact, they cannot bear to be around me anymore because they consider my honesty about your abuses to be an act of treading on something "sacred".

Think about that for a moment, Todd. I bring the words of Christ to bear upon your policies, and Mormons I've known for 20+ years respond by not inviting me over anymore. Not even a phone call for Thanksgiving. Christ asks them to be a witness of his name at all times/in all places, commands them to love as he loved, and their response when I hold to His words is mechanical aversion and indifference.

You, however, understand the implications of "robes' don't you, Mr. Apostle? Do you esteem these children as yourself? Will your grandchildren esteem the children of same-sex couples as themselves when they go to Primary, Scouting, Mutual, or the YSA system?

You point to the decades-old policy concerning children of polygamists, and again you consider yourself "just". As if those kids, suffering through ostracism and suicide pacts, don't need someone to turn to. Do you mind if I ask you for the umpteenth time if Mormons are actually Christians?

What are these "handbooks" that you write and implement upon the repentant body of Christ? Tell me honestly: are they written to protect the flock, or the brand? Do they work for the Gospel, or for the 501c? Did they stem from Joseph Smith, or Harold B. Lee? Why are their instructions different from what Christ commands? If Christ says the following in Section 10:

65 For, behold, I will gather them as a hen gathereth her chickens under her wings, if they will not harden their hearts;

66 Yea, if they will come, they may, and partake of the waters of life freely.

67 Behold, this is my doctrine—whosoever repenteth and cometh unto me, the same is my church.

68 Whosoever declareth more or less than this, the same is not of me, but is against me; therefore he is not of my church.

...then wouldn't this policy be considered more than what Christ requires? Doesn't such a policy serve to harden hearts? Why attach asterisks to His words? Don't you trust Him? The rumor is that living prophets trump dead ones... but do their words trump Jesus' words also?

You identify your concerns very clearly in your interview, and they regard the mechanism of the Institution above the souls of human beings. "Trigger" is the word you use (3 times) in the portion I quote above, which indicates to me that you consider the Church to be some sort of unwieldy machine that you seek to accommodate. It appears you want to do so rather than go the difficult route of simply obeying Section 10.

That is alarming, Todd. Why? Because it indicates to me that the Church Handbook of Instructions (CHOI) carries more heft than scripture. Which ultimately means that it is the actual scripture on the LDS table. And it is a privileged text to boot, in that it is not distributed to the lay members. That is what the scriptures used to be in the old machine, otherwise known as the Catholic Church.

If your bishops and stake presidents follow the instruction of this handbook, eschewing the words of Jesus while simultaneously taking upon themselves His name, can it not be said that they are attempting to serve two masters?

They do so at your insistence, and you don't pay tithing while they do. So you understand completely when I speak of inequalities within this Institution.

Third Nephi capitalizes the initial "m" of "Mammon" where KJV Luke and Matthew left the noun common. Sounds proper to me, too. It is much more likely that Mammon is an entity rather than mere "riches". If the god of money constitutes the meta text of the CHOI, then can it not be said that the handbook (along with its adherents) constitutes a parasitic idol religion that has attached itself to the Restoration?

This is where the notion of "robes" becomes important, Mr. Apostle. The Bridegroom has commanded the preparation of a bride, and instead you are preparing a cyborg. Instead of robes and beautiful garments, you are adorning the church with dehumanizing policies that obfuscate the commandments of Jesus Christ. The result is widespread malfunction, as pure doctrine clashes with corporate codes within the minds of your churchgoers.

Such mechanisms deaden the mind to reason and only allow for fanaticism. Mecha and technological implants are worse than rags.

Do you think He wants a mechanical bride? An unthinking fembot instead of a free-thinking authentic woman? If you had paid attention to science fiction, you would understand. Metropolis, Blade Runner, Ex Machina, it's all there. But even a rudimentary reading of the scriptures spells out what Zion is. Again from Section 38:

27 Behold, this I have given unto you as a parable, and it is even as I am. I say unto you, be one; and if ye are not one ye are not mine.

Unity is not achieved through policy. Policy relates to brand and product, and people are always divided over the quality of both. Hence, policy always divides. It is doctrine that unifies because it allows the space necessary for all to commune with God according to the dictates of their own conscience, and Christ's doctrine was laid out in scripture before any of us were born.

Your handbook prefers Mammon over the flock. It lays out the red carpet for the whore (See Revelation), and she only understands whoredom. Mammon is more than happy to accommodate her. But the problem with Mammon is that he isn't interested in marriage. He is not a bridegroom at all. Furthermore, Mammon has bad friends. He is buddies with Moloch. You remember that guy, right? Moloch, who always required the suffering of children.

So if the idea of using children as a means of coercing others to behave a certain way sounds familiar to anyone who has observed a divorce, that makes sense because Moloch always saw 8-year-olds as a means of idolatry and self-interest more than a reflection of Heaven. If there is anything that can divide the church like pitting baptized children vs. the unbaptized, it would be rare indeed.
Posted by Senex at 10:09 AM