The Implements of Myth 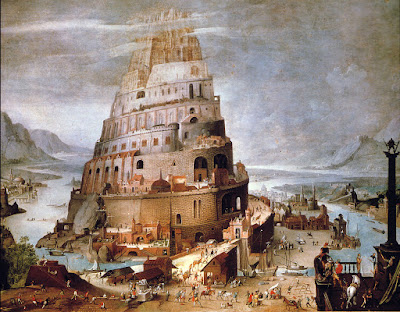 The offense that you have committed is myth dismantlement. They take it as violence because they must. They do not have an identity without the lie. And no matter what truth you speak, it will always cut through an image that they hold as sacred.

This is why many of these people always divert attention towards the "tone" of comments or arguments that contradict the way they live. If they focus instead on the content of what you are saying, they will be forced to face up to a truth that is uncomfortable to them on a fundamental level.

They can neither walk one mile with you, nor two. They can sit through a 45 minute class with you where you are only allowed a few sentences, but a true dialogue is not the goal. The goal is for you to join in with their monologue. And if you do not, they must dismiss you as quickly as they possibly can, and get back to the implements of the myth. These include the following:

1. A orthodox reading of scripture that doesn’t even pass the English litmus of basic word meaning. So interest = "income", hot drinks = “caffeinated hot drinks”, and Prophet, Seer, & Revelator = “Anyone so sustained whether they prophesy, see, translate, or reveal anything at all. They are now your commander”.

2. An endowment ceremony that was adulterated before the saints even left Nauvoo, and that has since been scrubbed and altered beyond recognition by committees for reasons as varied as convenience, embarrassment, and member polling.

3. A secret doctrine (the Church Handbook of Instructions) written by committee that not only supersedes the doctrines of the scriptures, but also was expressly written to legally protect the church brand and hierarchy above individual members.

4. A hierarchy that is mythologized and worshipped to the point that you must sustain them as “Prophets, Seers, & Revelators” or risk having your membership and temple blessings rescinded.

Christ's words and acts are completely foreign to our myths and religious constructs. Trusting his words instead of those offered by corporate churchmen? That is anti-establishment behavior. Civil disobedience. It equals being at odds with Babylon, and thereby leaving behind comfort, and possessions, and admiration.

Christ demands love and righteousness on a level that those who prefer myth have abandoned a long time ago. He demands that you actually cloth the naked, and care for the sick. Meaning that your hands get dirty and that you are exposed to diseases and filth that the rest of humanity would never go near.

In the minds of those who worship the brand, they have to construct and project the image of a monster upon you in order to make sense of your decision to follow Christ instead of churchmen. They do this by accusing you of things like “losing the spirit” or “intellectualizing yourself out of the church”. They forget that the glory of God is intelligence. They demonize what they fear and what they do not comprehend.  It is just like Captain Ahab designating all of the world's evils and ills upon the whale in Moby Dick. So when he stabs the whale, he is not striking an enemy at all. He is stabbing a boogeyman of his own make.

To the myth of mainstream Mormonism, we are monsters. Anyone who stands for truth is a monster to a corporate PR machine and its army of zombie slaves. You will be cast as such a monster for being honest. To a body such as theirs, the truth is like cholera. They will avoid you as much as they can, and when they must speak to you they will avoid talking about the Gospel of Jesus Christ.

The Lord implores us not to fear:

"49 The light shineth in darkness, and the darkness comprehendeth it not; nevertheless, the day shall come when you shall comprehend even God, being quickened in him and by him.
50 Then shall ye know that ye have seen me, that I am, and that I am the true light that is in you, and that you are in me; otherwise ye could not abound." (D&C 88)

Light does not feel threatened by spiritual progression, visions, or visitations. Light does not term the mysteries of God as "deep doctrine" and under its breath say "steer clear". Those who are in darkness say such things because they have the mentality of lobsters in a boiling pot.

Light stands forth and loves all. Light has no fear of speaking the truth. Light chases away darkness, and it is darkness that cannot bear the things revealed by the light.

If you do not get light and darkness right, you will forever be mistaking them. You will put forth one and pretend it is the other. This is how myths enslave us.
Posted by Senex at 4:14 PM