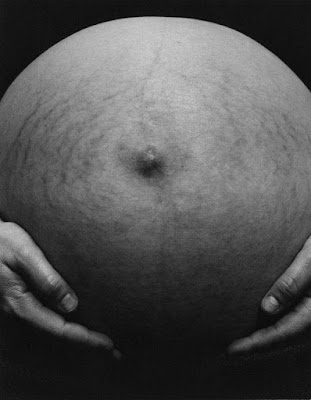 If the body is a temple, then it is the terrestrial world. It is not the telestial.

LDS people do not understand the term "terrestrial" the way it is traditionally used. It is used in D&C 76 (and in the temple) to identify a plane of existence that is preparatory to entering heaven, or the "Celestial". In the common Plan of Salvation that is posed repeatedly to membership, the Terrestrial world is a kingdom and plane within the Kingdom of God, but it is level that is between the Telestial (which represents the world we now live on) and the Celestial.

An etymological examination of these terms can be found here.

The temple is implicitly understood as a representation of the Terrestrial, which has associations with both the Garden of Eden and the City of Enoch. Adam and Eve were kicked out of this world and into the Telestial for their transgression at the Tree of Knowledge of Good and Evil. As a result, the earth fell with them into the Telestial state, which is a proving ground. Conversely, Enoch was accepted back into this 2nd plane when he established a Zion community that was taken from the fallen earth into the Terrestrial by God.

The difference between the lower two kingdoms is that we mortals, for good or ill, create laws to govern the telestial. Though a body is a temple it exists within the telestial, so what we do to others on this plane is legislated here by those in mortal sovereignty.

What happens within the terrestrial is another story. If the body equates to a temple, as Christ repeatedly asserts, then it is the middle ground between heaven and earth. Hence the things that happen within it are subject to laws agreed upon between mortals and deity; meaning that God dictates the terms and we either agree with or reject those terms with our autonomy.
If a woman is allowed by God to be a steward over the temple body that she has been given, then it should always be the mother who decides who enters or exits her body. She gets to decide the "yes" or "no" because she is the steward.

It follows that, if her stewardship is righteous, she will eventually be given sovereignty over her body by deity. Part of this could include entry into the terrestrial plane while she is still alive if the Lord so chooses to extend that invitation, a la Enoch and his people. It should be noted here that the scriptures refer to the church metaphorically as a "woman with child" that departs into the wilderness to escape Babylon and birth Zion.

Christ gave every mother the autonomy to decide when he gave us life, and it is not within the jurisdiction of mortals to restrict what happens in that space. Examine Section 121:


41 No power or influence can or ought to be maintained by virtue of the priesthood, only by persuasion, by long-suffering, by gentleness and meekness, and by love unfeigned;

Christ did not do his work through legislation. He did not force his laws of love and forgiveness on anyone. He reasoned, he used parable, and he offered astounding answers which communicated his powerful doctrine. He forced no one. His doctrine was powerful enough on its own to impact and influence others to seek righteousness.

If anyone is to fight abortion from the platform of Christ's rock, they will do so using His methods. In other words, you will face the mob, speak the truth to them with your own lips, and refrain from exercising force (even if you are completely capable of forcing others). Always.

What truth did Jesus speak? That the body is a temple. And that children are innocent. And that if you harm little ones, it would be better that a millstone be tied around your neck and that you are tossed into the sea.

Who is brave enough to abandon the idea of legislating abortion and to repeat Jesus' words and use them as a platform by themselves to protect unborn lives? It would appear that those who follow Christ in this matter are so few that they are essentially anonymous. Most people that fight against abortion are overwhelmingly interested in legislation and have abandoned Christ's sanctity for autonomy.

Legislation will not stop abortion, and neither will criminalization. Impersonal propaganda and "pro-life" fanaticism have yielded the current results: an estimated 55 million abortions since January 1973. It will only be authentic Christianity, which includes a strict adherence to Christ's laws regarding autonomy and love unfeigned, that will change the hearts of the women that possess the bodies and power towards giving life instead of taking it.

I agree that abortion is murder. In my opinion, those murders are not punishable on this plane. They shouldn't be. I hate that it happens, and I despise the rationale that supports its use as birth control. But if the womb is a veil, then it most certainly is not the United States. It is a sacred gate wherewith a woman must negotiate her own stewardship and relationship with God.
Posted by Senex at 3:07 PM