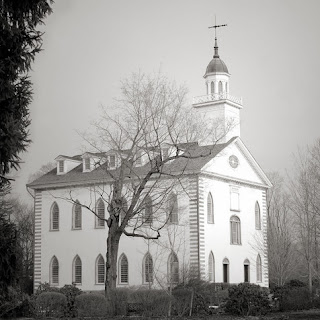 If the body is a temple, then Christ believed in objectification.

Many feminists fight objectification, and in many cases they are right to do so. But the word objectify has two meanings (from the OED):


1. To express (something abstract) in a concrete form.

2. To degrade or demote (a person, class of people, etc.) to the status of a mere object; to treat as an object.

Much energy is spent to avoid being objectified in the second sense. The tendency to regard women according to their sex appeal, for instance, renders them as sex objects without taking their other qualities into account. Many women are understandably offended by this, specifically because they want to be known for who they are rather than what they are.

Nevertheless, Christ identifies us as temples in several scriptures. From D&C 93:

Temples are objects. They just happen to be the most sacred and ennobling objects on earth. So is Christ degrading us when he refers to us so? And when he referred to himself as a temple in John 2, was he demoting himself?

No. The fact of the matter is that what we are matters just as much as who we are. To reject this notion is to reject the set of symbols offered by Christ.

The sacredness of human beings was in the abstract before Christ's said those words; "Destroy this temple, and in three days I will raise it up." Now that sacredness is tied to a concrete object.

Hence, rejecting all forms of objectification is too simplistic an approach when it comes to comprehending and embracing the Gospel of Jesus Christ. Feminism's tendency to do exactly that renders it inadequate as a lens for comprehending womanhood and motherhood in the LDS context.

Describing the New Jerusalem, John offered this detail in Rev. 21:


22 And I saw no temple therein: for the Lord God Almighty and the Lamb are the temple of it.

23 And the city had no need of the sun, neither of the moon, to shine in it: for the glory of God did lighten it, and the Lamb is the light thereof.

Such revelations are not degrading or demeaning. To say so is to put darkness for light. This notion of Godly glory is what Christ wants to share with us, what he wants to rebirth us into. The objects he utilizes communicate a clear objective for us to achieve.