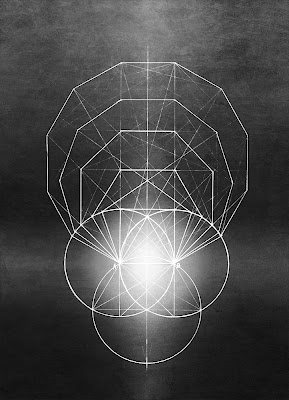 If the womb is a veil, then the shape of it's opening is of great symbolic significance.

The world asserts that the vulva is ugly. Some don't even like the word. Profane names have been developed to refer to it. This hatred and demonizing of female genitals is thousands of years old, originating in a pre-Christian era that considered women to be inferior to men, even down to their reproductive organs.

With Paul, and the advent of Christianity, came a different form of abhorrence. Pagans, who dominated the Mediterranean at the time, were viewed by the Judeo-Gentile pioneers of Christianity as far too promiscuous. So abstinence from sex grew among early Christians as part of their unique allure, perhaps as a bit of a punk rock subculture that defied the sexual norms of the period.

Christ's marital life was not recorded in the texts that became the Gospels during this time period. So instead, Christ was revered as a great acetic who never indulged in sexual intercourse. His perfection was linked to a form of chastity that did not allow him marital relations. A sub-cult within the various groups of Christians evolved that would assert this single and celibate version of Christ, and perhaps therein lay the reason why the evidence of his marriage was suppressed. The eventual victory of Christianity among the masses paved the way for thousands of men and women who would take vows of celibacy in hopes of following his supposed path.

Hence, Christian society detested the flesh. Instead of being revered as a temple, the body was dismissed as part of the crude profanity that was the world and its temptations. Sex was deemed a necessary evil, and marriage a lesser form of righteousness than the path of a monk or nun. The vagina was a pathway of sin.

But there was another cult within Christianity that arose simultaneous to that of the celibate Christ: The cult of the Virgin Mary, mother of Christ. It is primarily due to this cult that the shape of the vulva persisted in Christian art. If Christ was holy, then from where did he spring? The virgin was therefore also viewed as a vessel of sacredness, and her womb holy. This is why she and Christ are often depicted in medeval art framed within the Mandorla, which is Italian for "almond".

Almonds are considered symbols of divine approval and favor because of what happens to the rod of Aaron in Numbers 17:1-8, wherein all the sons of the tribes of Israel bring rods to the temple and Aaron's sprouts blossoms and almonds the next morning. But the symbolism goes beyond that.

Geometrically speaking, the shape is created by the overlapping of two circles that are the same size. The diameter of each passes through the center of the other. The resulting shape they create together infers oneness, and atonement between the two circles: God and humanity, heaven and earth, female and male, Etc.

The lone circle by itself represents the monad, or single unit. Two circles thus overlapped represents the dyad, or entity that consists of two parts (these are technical terms used in philosophy and sacred geometry). So a dyad essentially infers a marriage, and the space of the overlap represents the shared world (or middle ground) between the two. So a vulva infers such a union even if a woman isn't married. The middle ground between heaven and earth is the temple, or as the Lord put it in D&C 88, the Terrestrial. And Mormons know that the temples often house a veil.

Early Christians latched on to this shape. It was termed the Vesica Pisces by scholars who studied religious art, and now most Christians refer to it as the "Jesus fish". The symbolism continues to be important since the old days because of the analogies and miracles regarding fish that Christ implemented during his ministry. But the most significant aspect of this fish symbolism regards the story of Jonah. When Jesus is asked by the scribes and Pharisees for a sign to prove who and what he is in Matthew 12, he states the following:

39 But he answered and said unto them, An evil and adulterous generation seeketh after a sign; and there shall no sign be given to it, but the sign of the prophet Jonas:
40 For as Jonas was three days and three nights in the whale’s belly; so shall the Son of man be three days and three nights in the heart of the earth.
41 The men of Nineveh shall rise in judgment with this generation, and shall condemn it: because they repented at the preaching of Jonas; and, behold, a greater than Jonas is here.


It is important to understand here that both the whale and the tomb are symbolic of the temple. Jonah was swallowed by a whale, and when he came out he was a man reborn. He converted the entire city of Ninevah. Christ, likewise, was reborn from the tomb when he defeated death and was resurrected. His victory ensures that all of us will be resurected also. The fact that both of these men were reborn should not be lost on women who carry the gate of a temple. If the doom of being "swallowed" awaited the wicked Pharisees (Rome invaded Jerusalem and destroyed the temple forty years after Christ was crucified), then a similar fate likely awaits those who enter the womb unlawfully, abusing the powers of creation that God has loaned to us. Examine Exodus 13:

2 Sanctify unto me all the firstborn, whatsoever openeth the womb among the children of Israel, both of man and of beast: it is mine.


Veils create belonging. If the womb is a veil, then this scripture makes perfect sense, because it was the womb that created belonging between these firstborn and the Lord. Baptism and Endowments work the same way. We become Christ's through the former and we are symbolically clothed with power and brought through a veil in the latter. The ordinances intend to seal something that was merely apparent before.

If the womb is understood with all of these symbols in mind, then sex outside of the marriage covenant misuses a veil that is reserved for God's sealing power. This makes sense in the logistics of LDS temple work because a woman who is married in the New and Everlasting Covenant becomes a sealer for those who exit her womb. These kids don't have to be brought back to the temple to be sealed to their parents. The woman executes the sealing no matter where the birth occurs. The womb makes her the temple of that act, thus birth is likely an ordinance whether we identify it as such or not.

It makes sense, then, that the mandorla shape is of vast consequence. As you can see from the image above, all of the other geometric shapes are "born" from the dyad. If you are able to locate a book titled A Beginner's Guide to Constructing the Universe by Michael Schneider, it will show you how to draw each one. With a compass and a straight edge, you can utilize the mandorla to create the triangle, the square, the pentagon, Etc. An equilateral triangle, for instance, is created by making straight lines from the top point through the center of each circle and down to the edge of the diameter. A third straight line is then drawn between the points at the bottom of the circles. All of the shapes can be similarly formed using points created by the dyad.

What this ultimately suggests is that the womb represents the power to create the entire universe. Such power should not be handled carelessly. But it's not just Mary's womb that we are talking about. The cults of the Virgin and the celibate Christ miss the mark in this respect. If the womb is a veil, then all women are in possession of this potential.

Jonah didn't want to prophesy to the Ninevites, and he certainly didn't want to be swallowed by a whale. But it happened anyway. If exiting or entering a womb creates belonging, then fornication and adultery likely invert the meaning of that belonging. Meaning that entering without permission still binds the trespasser to God, but to his wrath rather than to his mercy.

It goes without saying that rape likely seals the offender to a fate worse than we can comprehend. To profane a veil in the first place is a direct, personal offense to God. To do it by force merely amplifies the law of the harvest.

We must remember that it is not just a reproductive organ. It is simultaneously a symbol of Eternal consequence.
Posted by Senex at 11:07 AM