If The Body is a Temple (Argument 1) 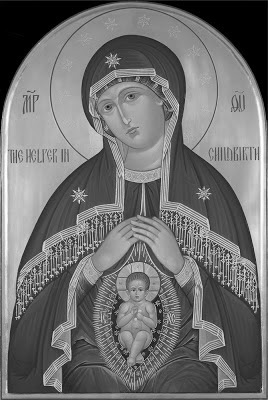 Jesus declares in John Chapter 2 that his body is a temple. Do we come away from that scripture assuming that he meant his body only? No. The common understanding is that Jesus was revealing something of great importance about everyone with that statement.

Mosiah 2, Alma chapters 7 and 34, Helaman 4, and D&C 97 all contain scriptures which refer to sinners as possessing unholy temples. That the term "temple" is still utilized in these instances is significant. The body is a temple, period. And as possessors of temples we each have the ability to defile or ennoble them.

So what is a temple? Many scholars assert that it is "the union of Heaven and earth", a place that is a middle ground between the two. But in light of LDS scriptures and rites, it is clearly more than that. Truman Madsen, in his book The Temple says that it "is the key to our mastery of the earth." He also says that the temple "is the catalyst whereby the self is revealed to the self."

I like those quotes. They speak of the depth that is contained in temple ceremonies. But I think the best way to describe what the temple is, observing LDS temples in particular, is to identify their function. The function of all temples is veil work, meaning that all temples pass individuals through veils.

This is true in the endowment, the washing & anointing, and in the font. We pass through veils in each, and this in turn should inform our understanding of our temple bodies: if the function of the temple is veil work, then it follows that the womb is likely also the veil of a holy temple. If this is true, then it is probably the most important realization that comes from calling the body a temple at all.

Some, including most LDS people, take Christ's notion of the body being a temple and simply assume that it implies simple sacred space. But the LDS understanding of what temples are is not the same as most religions. Modern LDS temples, like the ancient Jewish temples, are places of veil work where initiates pass symbolically from earth to the dwelling place of God. For LDS people to ignore this aspect of temples when applying Christ's statement to the body is naive at best, but it is more likely appalling to the Messiah who implemented these symbols.

Who passes through the womb? Only those authorized to do so. Who is authorized? A woman's husband and children, but only with her permission. This should inform our understanding of sex and birth: both are sacred events and should be treated like ordinances. This is why both are traditionally practiced in the home, which is also understood to be a temple in LDS scripture and parlance. This is why the scriptures reserve the power to create for to those that are in the marriage covenant.

If a temple is the middle ground between heaven and earth, then the veil is the very threshold. So when you see a woman, you should recognize that she is a steward over that threshold. A sentinel. She carries a portal that passes individuals from one world into another. Just like the veil in the temple building. Hence, the term veil worker is appropriate for all girls and women. They are born with their power, and guard that gate their entire lives.

Any understanding of women that does not pay reverence to this revelation by Jesus is, therefore, likely inadequate and insufficient. In 2012 Elder Jeffrey Holland spoke at Harvard about the church, and he stated the following in a Q&A that followed his talk:

"Certainly doctrinally, theologically... I don't mean this to be boastful or overly patronizing in any way of any other religion... but I would put the position of a woman in the Church of Jesus Christ of Latter-Day-Saints up against the dignity, and worth, and merit, and wonder of a woman anywhere on this planet. And we just need to do better to be able to convey that, and to make sure everybody understands that, including the women within our church... which I don't think we've done well enough yet."

It is my position that the ability to convey the respect that Elder Holland is searching for lies within the grasp of any who take Christ at his word.

If the body is a temple, then the womb is likely a veil. These essays will take this theory and apply it to different aspects of womanhood and how it relates to the Gospel of Jesus Christ.
Posted by Senex at 8:27 PM